The Portfolio of Spanish Colonial Design

July 20, 2014
On the collections page of the RMAC website, one of the items mentioned is the Portfolio of Spanish Colonial Design in New Mexico, a WPA-era document that has a most nebulous history. As it turns out, the RMAC has a copy of it, and we decided it was time to bring it out. The Portfolio is a pretty sizable work, so it took up not only Horgan Gallery, but Graphics too. 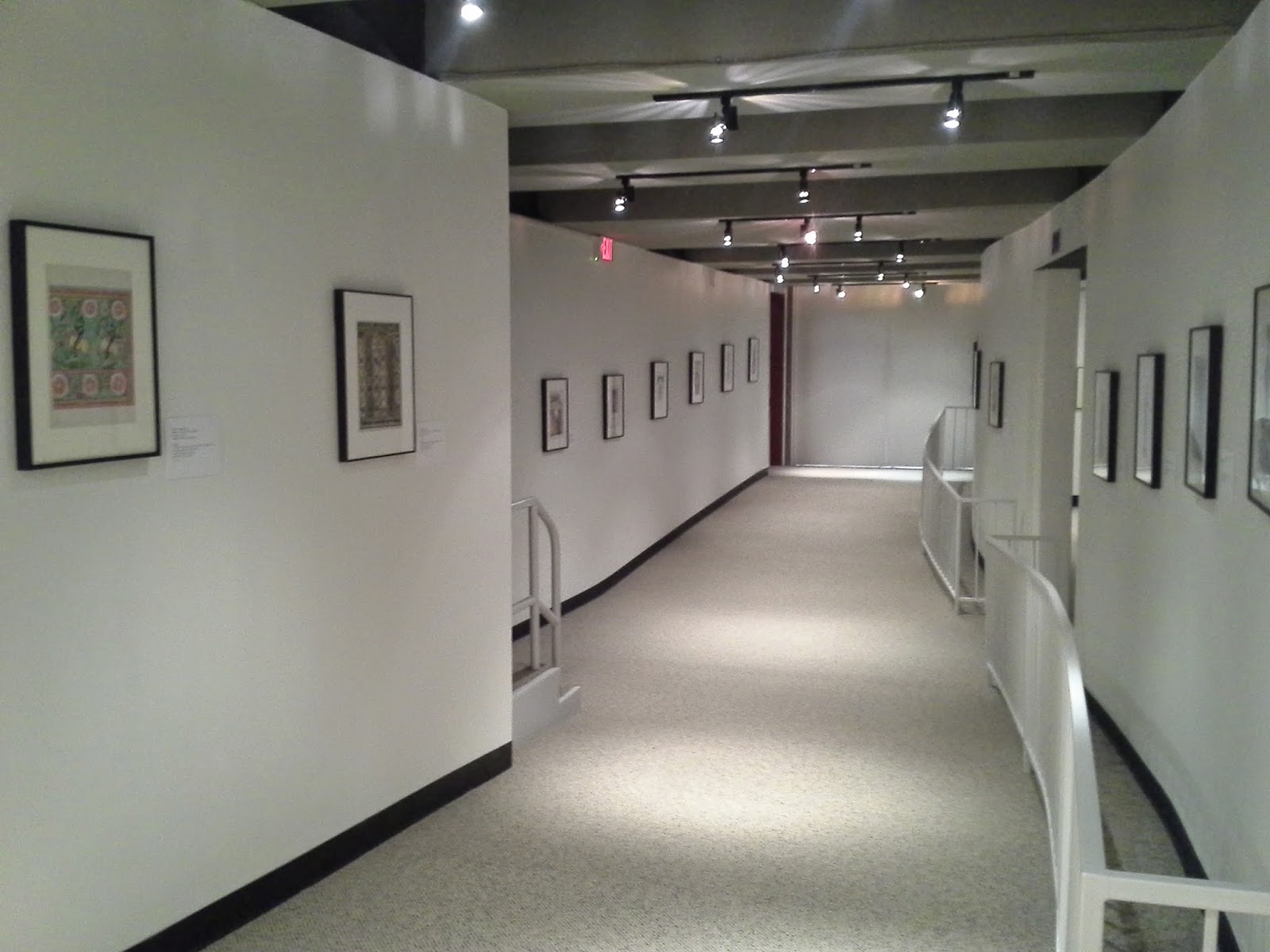 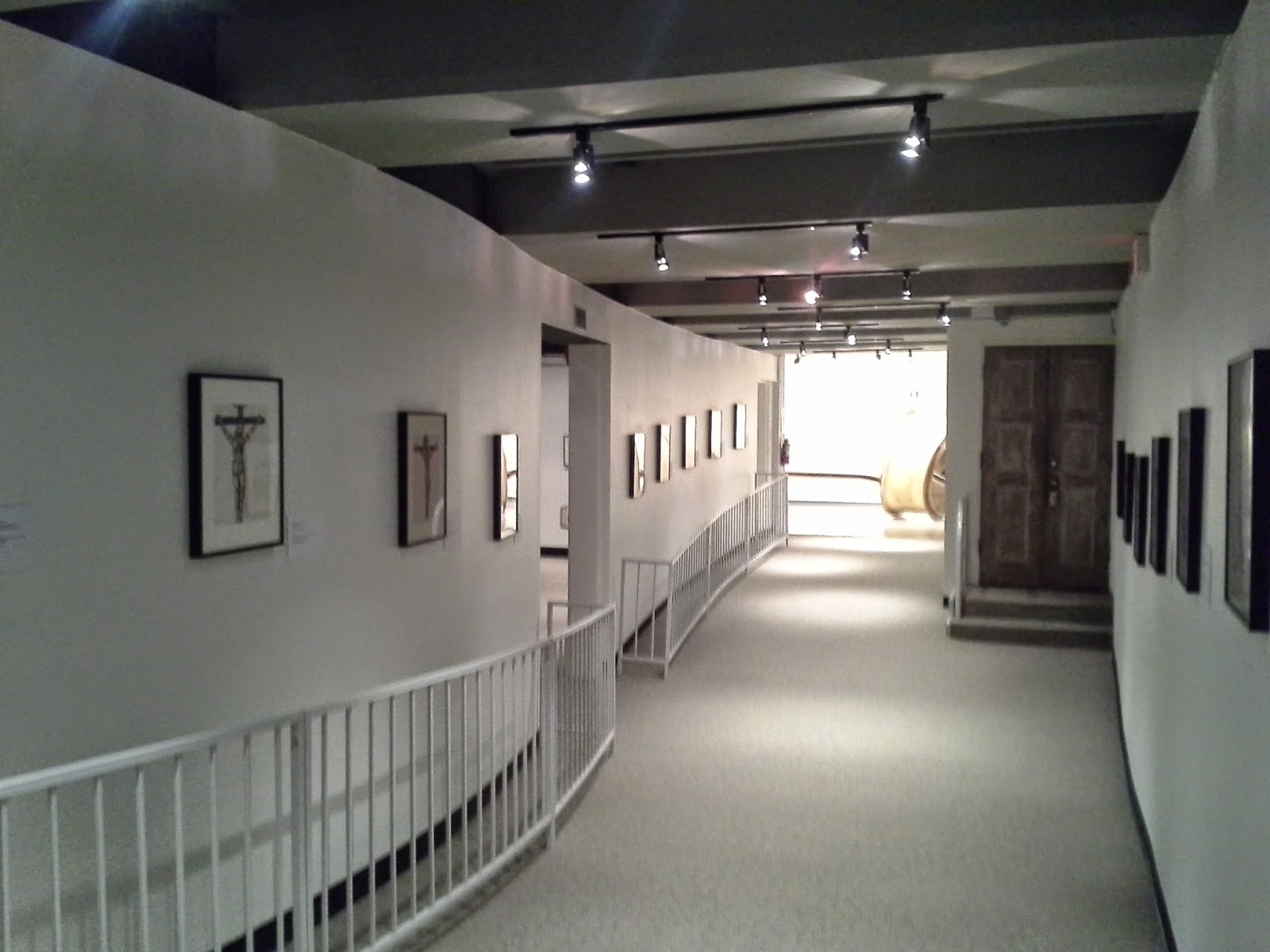 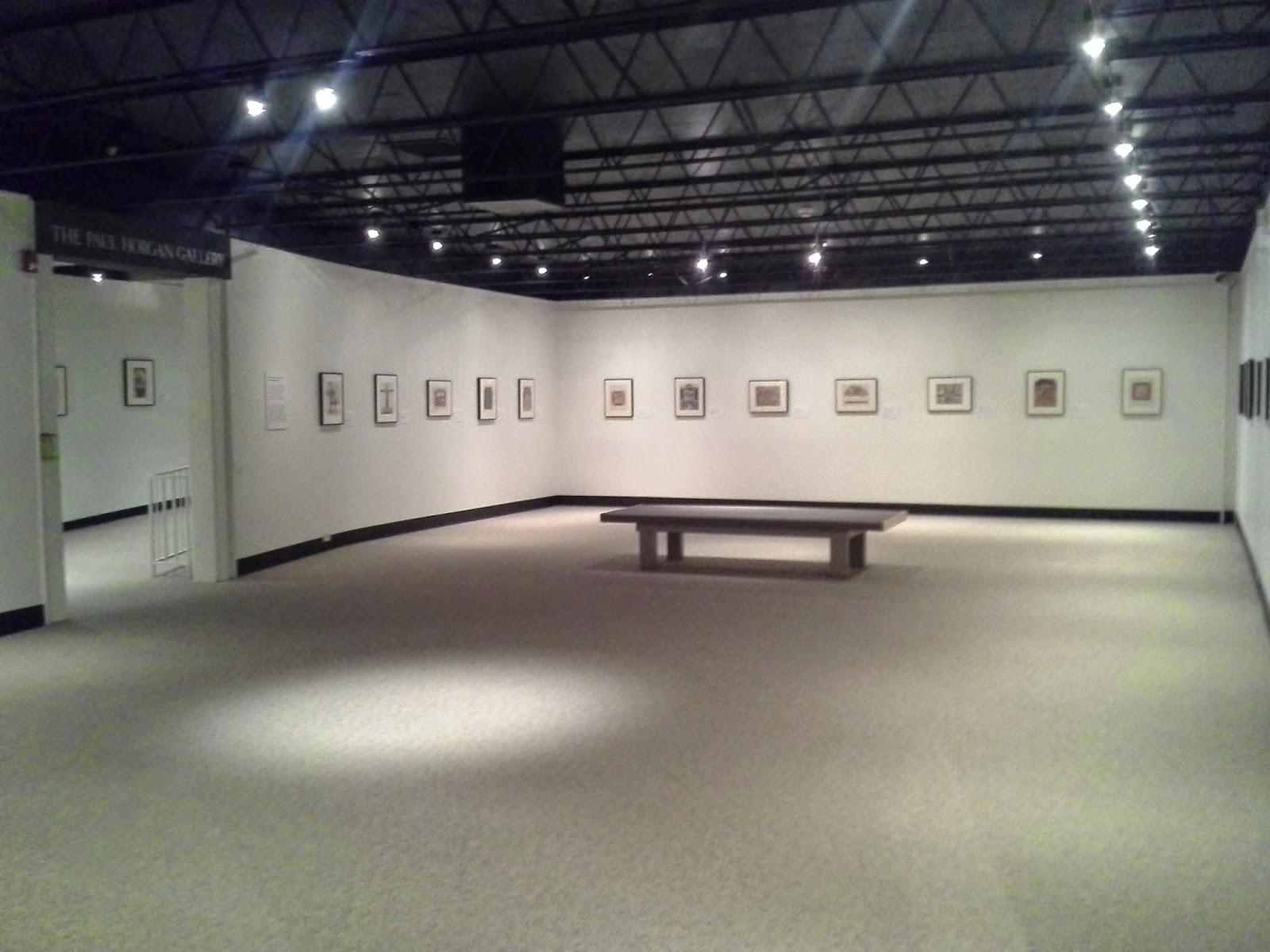 But what is this Portfolio, you ask, and what is its history? Well, settle down and let me tell you a story, or at least what I know of it.

The Portfolio of Spanish Colonial Design is a set of fifty hand-pulled, watercolored woodblock and linocut prints depicting various examples of Spanish Colonial decorative art dating from the 18th to the early 20th centuries. The folio concentrates on religious art, and includes renderings of bultos (sculptures), altars, furniture, architectural details, and other objects. While the objects depicted are in some cases at least two centuries old, the Portfolio itself was created in the 1930s.


The story begins in the mid-1930s, when E. Boyd, who would become an expert on Spanish Colonial art during the mid-20th century, was in New Mexico making watercolor renderings of bultos and other examples of Spanish Colonial religious art, with the intention of creating some kind of folio documenting these works. In 1935, the Index of American Design, a national artistic project intended to document original examples of American decorative arts, came into being. In addition to creating a national index, individual states were invited to submit their own projects to the Portfolio. Most of the states didn't respond, but New Mexico, since it was already doing the same thing essentially with E. Boyd's watercolors, did submit a project, The Portfolio of Spanish Colonial Design.

Six different artists took E. Boyd's original watercolors and translated them into fifty different woodcuts and linocuts. The hand-pulled prints were then sent out to different artists in New Mexico to paint in with watercolor. From my understanding, each artist was sent a stack of the same print and a box of watercolors. Unfortunately, the watercolors they received were not the same ones that E. Boyd herself had used, so between that and the differing skill levels among the artists, a lot of variety resulted in terms of the color and quality. The Portfolio was completed in 1938, and 200 copies had been printed with the intention of having them distributed to schools, libraries, and other educational institutions.

Apparently Holger Cahill, the Director of the Federal Art Project, was less than pleased with the Portfolio's variety in quality, and wanted to have the plates redone using serigraphy, which was easier to control in terms of maintaining consistency within an edition. The federal funding allotted to the New Mexico project, however, didn't include funds for printing, so it couldn't be redone. Instead, the Portfolio was rejected from the Index, and all copies were to be recalled to Washington. A few remained on the market however, including the Museum's copy, which was donated to us in 1959. E. Boyd's watercolors were also sent to Washington, where they now live at the National Gallery. Some of her images were actually included in the Index of National Design. As for the woodblocks, I have yet to locate any of them. Aside from a rumor of one appearing in Pennsylvania, I don't know where they are, and it's likely that they've been scattered across the country as artists have passed them down to descendants and so forth.

Equally nebulous is the Portfolio's legacy. A lot of folks praise the Portfolio for its emphasis on Spanish Colonial art, but E. Boyd and the team who headed the project were Anglos from the East Coast, bringing their own perspectives and prejudices to the project. While several Hispanic artists were employed to work on the folio, they were hired as colorists only, which limited their role in the more creative aspects of the project. In short, it's a complicated document with a complicated history, one that tells as much, if not more, about 1930s New Mexico as it does 18th-century bultos.

We've got it out for the next few months, so if you're around, come check it out!

Want to learn more? Check out these sources:

For more on the position of Hispanic artists in WPA-era New Mexico, look up this book:

This reprint of the Portfolio provides easy access to the plates for quick reference: