August 28, 2016
It's been a busy summer here in Roswell between moving to a new apartment, installing new exhibits, and ongoing research for future shows and conferences, but between all that I've continued to work on my dinosaur mugs. Having made a breakthrough with creating bigger pieces, I decided to keep riding that wave and ventured into the larger species of the Jurassic and Cretaceous periods.

In commemoration of the reestablishment of Brontosaurus, the original Thunder Lizard, as a viable genus, I drew a skeleton based on a sketch by its discoverer, Othniel Charles Marsh (1831-1899). Long derided as a fake category, in 2015 paleontologists deemed sufficient differences between Brontosaurus and Apatosaurus to declare the former a true genus. I remembered reading about this reclassification last year, and as someone who grew up with Brontosaurus derided as a symbol of scientific error (or as the humorous focal point in the hilarious screwball comedy Bringing Up Baby), it was gratifying to see the grand old dino reclaim its former status. 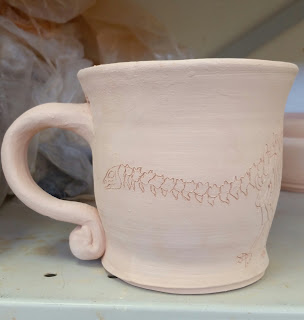 I also decided to try my hand at some carnivores and drew the most famous one of all, T-Rex. Say what you will about this dinosaur (and believe me, paleontologists have), but this dino has become iconic for a reason. 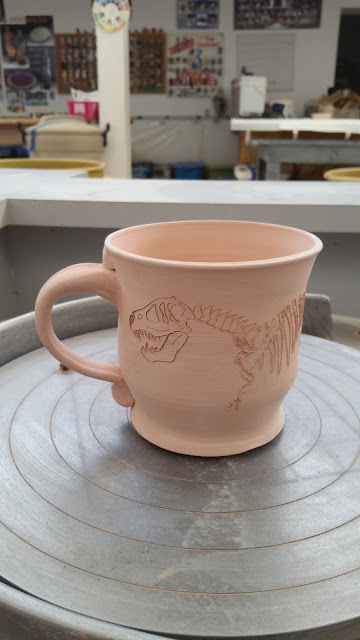 Over the summer I continued throwing mugs and adding dinosaurs, trying to finish up the bag of clay I had on my shelf. By the time I had used it up, my shelf was getting a bit overrun with dinosaurs.

I prefer to glaze my pieces all in one go, and start to finish it will take about three to four hours to glaze a batch of these dinosaur pieces. Part of the reason it takes a while is because of the prep work required to get the dinosaurs ready. Before I paint on the wax resist, I take black underglaze, rub it into the carved lines of the skeletons with a sponge, and then wipe off the excess. If I didn't do this step, the individual bones of the dinosaurs wouldn't be as legible. 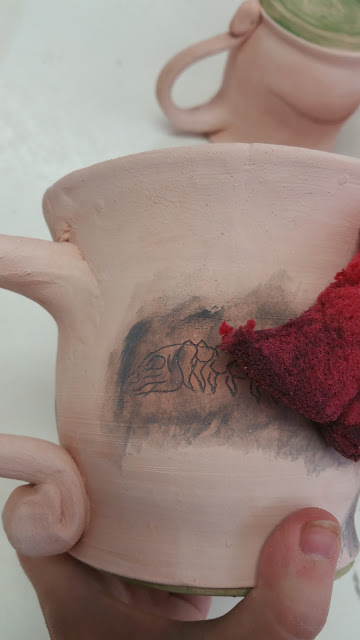 Once I've done this step, I paint on the wax, which takes about 10-15 minutes per mug. 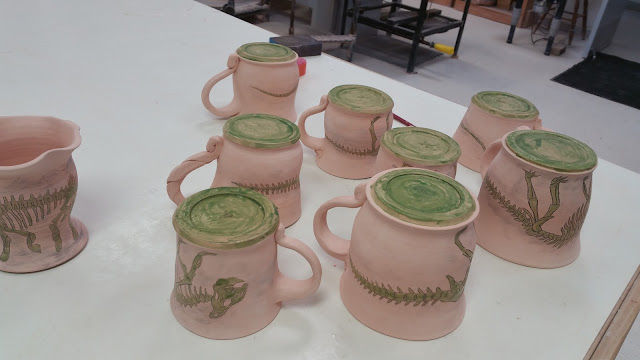 Only then do I dip the pieces in the glaze, in this case my old favorite, Floating Blue. 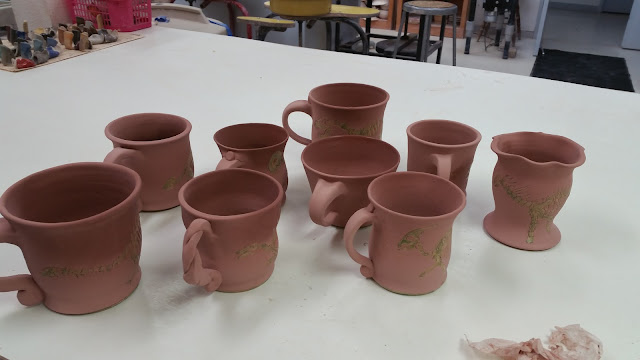 So how did they turn out? Let's take a look: 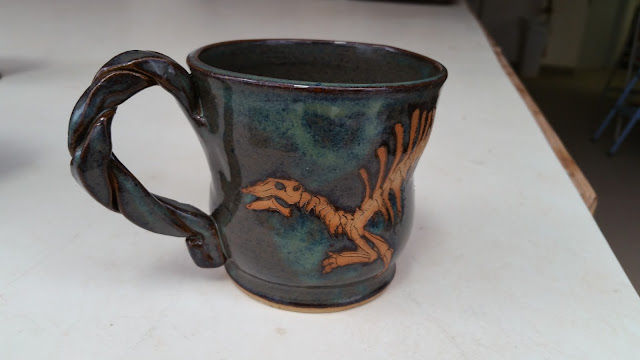 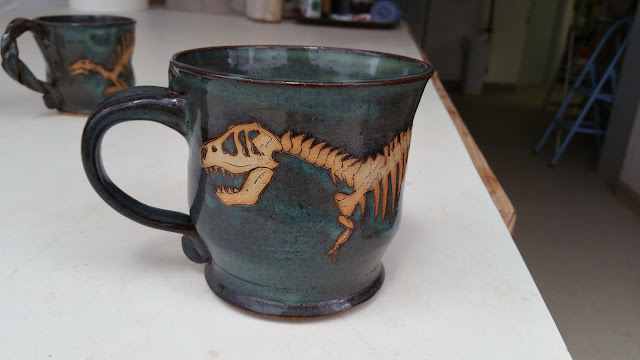 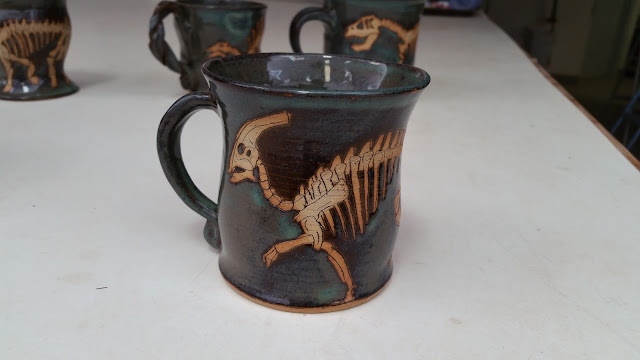 One of the challenges of photographing these pieces, I've realized, is that the wraparound designs don't allow you to see very much at any given moment. The solution, I decided, is to film them instead, so here are a couple of videos.


I definitely intend on venturing into other forms, but it's good to know that I can make a reliable, big mug. Whether you use it for soup or coffee, T-Rex, Brontosaurus, and friends are here is help you out.