January 07, 2018
I've been thinking a lot recently about the passage of time, and the way unfinished ideas can come around again with new perspectives. A lot of it stems from the fact that Magical and Real, the retrospective on Peter Hurd and Henriette Wyeth that I've been working on for more than three years with the James A. Michener Art Museum, is coming to fruition and opening in two weeks in Doylestown. Another reason is that I've been working at the Roswell Museum long enough to be able to use older ideas that were shelved at one point or another due to varying circumstances, as was the case with Collecting Roswell.

This idea has also been coming up in my art recently. The feather cyanotypes I discussed recently, which utilized sketches I made nearly three years ago, are one example. Another instance is the project we'll be looking at today. 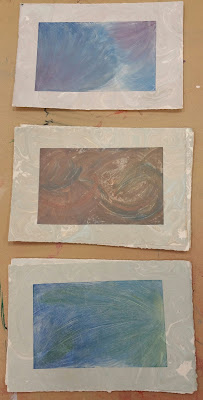 Back in 2015, my personal life was going through a rough patch. In order to vent those feelings, I began a series of monotypes on marbled paper, with the intention of drawing something on top of them. I did six of these monotypes total, all in one go. I didn't clean the plate between printings, so the prints have a cumulative effect, ranging from light blues and greens to more turbid browns. There was an urgency to the work, reflecting the mixed emotions I was feeling at the time. 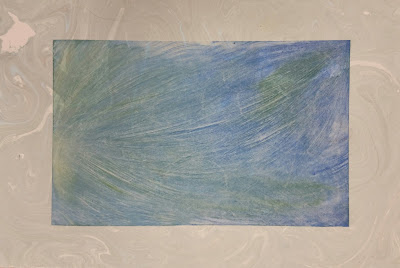 Until I didn't. Cliche as it sounds, time really does have a way of healing past hurts, and between the ongoing demands of my job, my commitments with community groups, and periodic travel, the project lost its urgency. I never forgot why I had started working on them, but now that some time had passed and the immediacy of the original experiences were gone, I no longer felt the need to finish the monotypes, at least not in the way in which I had originally intended. Not knowing what to do with the prints, I put them in storage. Periodically I'd encounter them while looking for something else, and while I always told myself I should so something with them, I didn't. 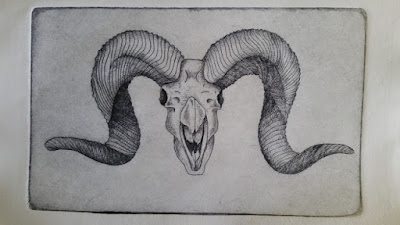 Meanwhile I continued working on other projects, some successful, some not so much. One of these happened to be a print of an argali sheep skull I did at the beginning of this year, a print I considered unresolved. I had never intended the print to be a straight intaglio work, and had originally tried some chine colle effects with the skull to bring some additional color and texture to the work, but I wasn't happy with the results. Like the monotypes, I put the plate away in storage until I could figure out what to do with it later.

That resolution happened while I was cleaning out my art supplies. I dug out the old monotypes, and realized they were just the right size for printing the skull plate. It wasn't what I had intended for either print initially, but I thought they might work well together and tried it out: 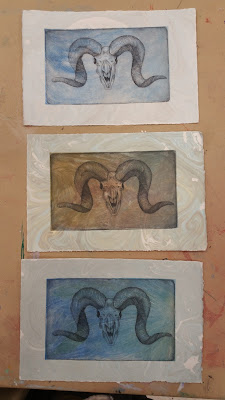 Since the colors of the prints ranged from very light and translucent to darker and more opaque, the legibility of the prints varied. Some, such as this one, read very clearly: 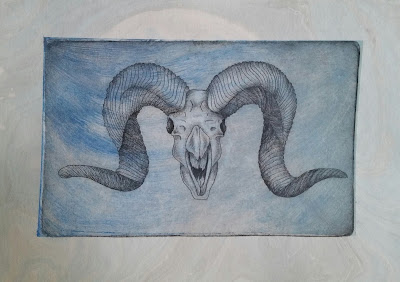 This last one, by contrast, was difficult to see. Part of this was because I had originally tried printing the image in white, which didn't work, but when I printed it a second time in black it mixed with the white to form a gray that closely matched the tonal value of the monotype. It wasn't anything that a micronpen and white paint couldn't fix though, so I took the prints home and proceeded to work on them further. 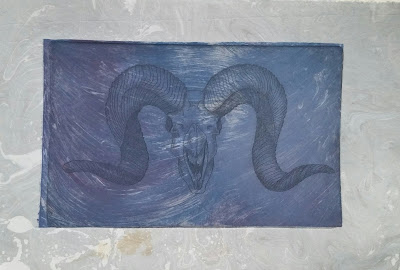 Here are the final images: 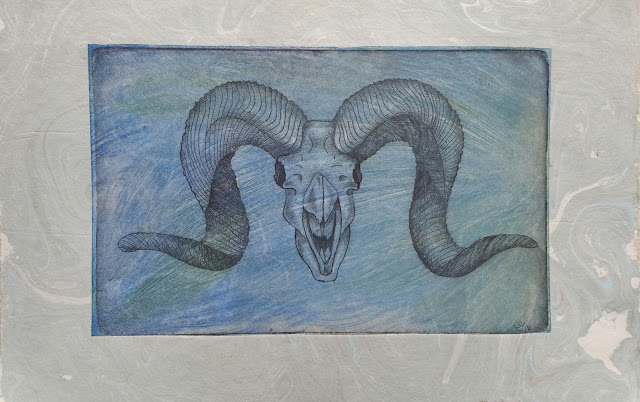 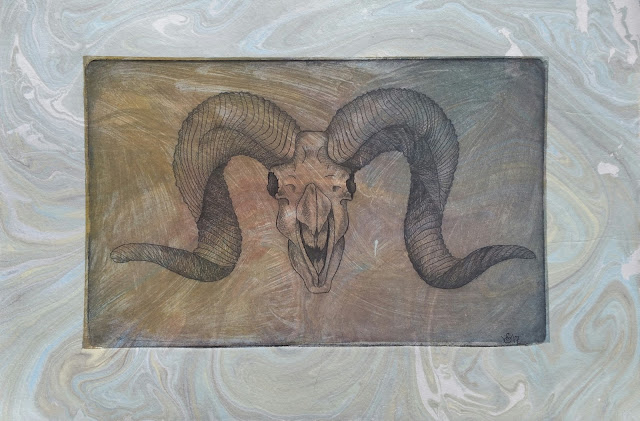 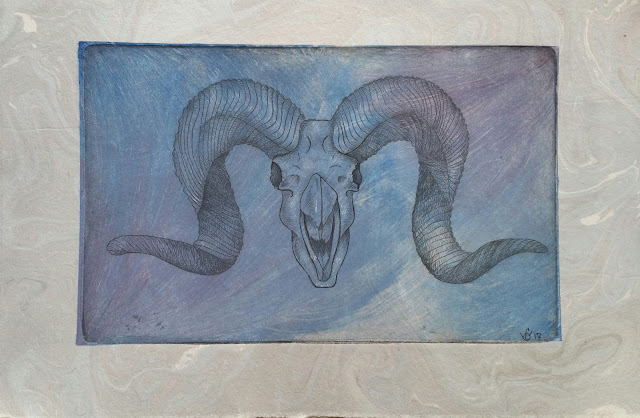 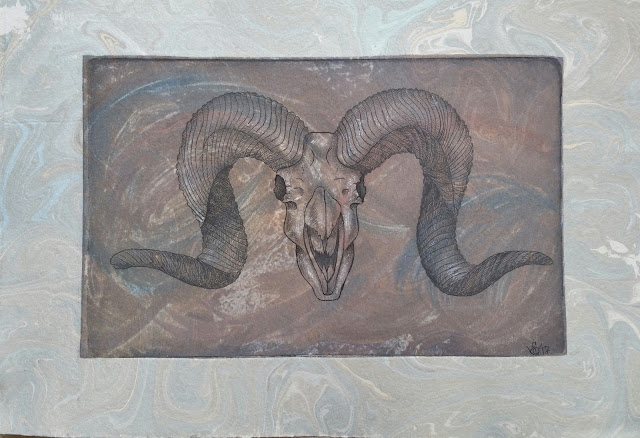 This wasn't the outcome I had initially expected for either project, but I'm pretty happy with the results. I'm at a point where I want to resolve my older, unfinished works in new ways, as I feel that's a pretty effective metaphor for reconciling past baggage and moving forward with life. After having these monotypes sit around in storage for two years, it's nice to know that they finally had a purpose after all. 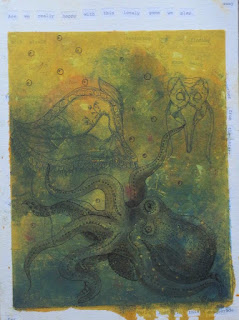